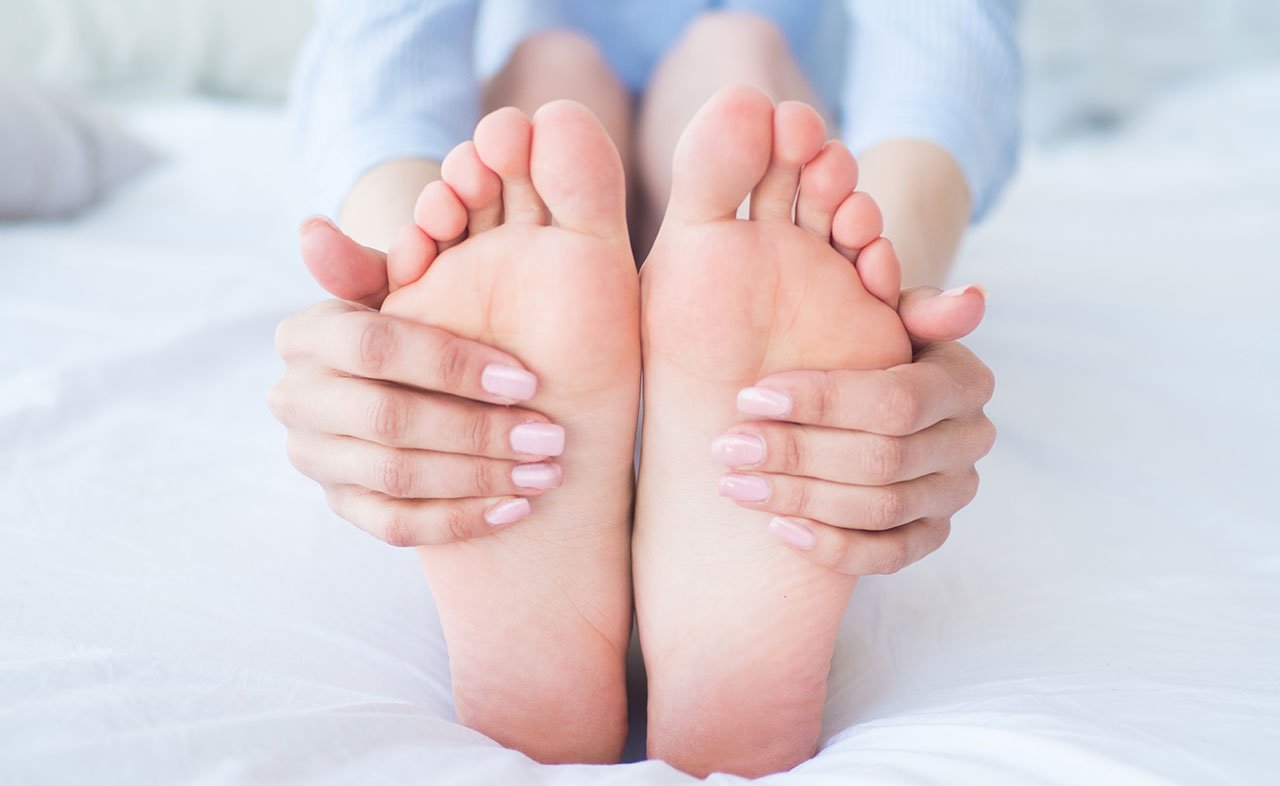 Warts & Skin Growths
Warts are small, harmless growths that appear most frequently on the hands and feet. Sometimes they look flat and smooth, other times they have a dome-shaped or cauliflower-like appearance. Surrounded by skin that is either lighter or darker, warts are caused by different forms of Human Papilloma Virus (HPV). They occur in people of all ages and can spread from person-to-person and from one part of the body to another. They are benign (noncancerous) and generally painless. Seborrheic keratosis, keratosis pilaris and other skin lesions can mimic warts, so if you’re not completely sure, it’s a good idea to get skin growths checked by a dermatologist. We also provide wart removal and treatment options.

Types of Warts
The location of a wart often characterizes its type:

Common warts can appear anywhere on the body, although they most often appear on the back of fingers, toes and knees. These skin-colored, dome-shaped lesions usually grow where the skin has been broken, such as a scratch or bug bite. They can range in size from a pinhead to 10mm and may appear singly or in multiples.
Filiform warts look like a long, narrow, flesh-colored stalk that appears singly or in multiples around the eyelids, face, neck or lips. They are sometimes called facial warts. They may cause itching or bleeding but are easy to treat with over-the-counter medications.
Flat (plane) warts appear on the face and forehead. They are flesh-colored or white, with a slightly raised, flat surface, and they usually appear in multiples. Flat warts are more common among children and teens than adults.
Genital warts appear around the genital and pubic areas. It is also possible to get genital warts inside the vagina and anal canal or in the mouth (known as oral warts). The lesions start small and soft but can become quite large. They often grow in clusters. They are both sexually transmitted and highly contagious. In fact, it is recommended you generally avoid sex with anyone who has a visible genital wart. Genital warts should always be treated by a physician.
Plantar warts appear on the soles of the feet and can be painful since they are on weight-bearing surfaces. They have a rough, cauliflower-like appearance and may have a small black speck in them. They often appear in multiples and may combine into a larger wart called a mosaic wart. Plantar warts can spread rapidly.
Subungual and periungual warts appear as rough growths around the fingernails and/or toenails. They start as nearly undetectable, pin-sized lesions and grow to pea-sized with rough, irregular bumps with uneven borders. Subungual and periungual warts can impede healthy nail growth. Because of their location, they are difficult to treat and generally require medical attention.

Wart Removal and Treatment
Warts may disappear without any treatment. However, in most cases, eliminating warts takes time. Most warts respond to over-the-counter treatments, including:

Cryotherapy, which freezes off the wart using dimethyl ether propane, aerosol sprays, or nitrous oxide. The dermatologist can use a more effective version of cryotherapy that uses liquid nitrogen.
Electrosurgery, which sends an electric current through the wart to kill the tissue.
Laser surgery, which essentially heat up the wart until the tissue dies and the wart eventually falls off.
Salicylic acid preparations, which dissolve the protein (keratin) that makes up the wart and the thick layer of skin that covers it. It comes in gels, pads, drops and plasters and takes 4 to 6 weeks to eradicate the warts.
If self-treatments don’t work after a period of about 4 to 12 weeks, contact our dermatologist. We’ll assess your warts and recommend the best option. In rare cases, when warts grow large and do not respond to other treatments, wart removal may be done surgically. However, the base of the wart will still need to be treated with cryotherapy or electrosurgery.

While HPV can’t be cured, there are certain precautionary steps you can take to prevent warts from spreading and to encourage any current warts to heal more quickly. Four specific steps highlighted by the American Academy of Dermatology include:

Do not pick or scratch warts.
Use shoes or flip-flops in public showers and locker rooms.
Do not touch someone else’s wart.
Keep affected area as dry as possible as moisture may allow warts to spread.

Get Wart Treatment and Evaluation
Always contact the dermatologist if a wart is causing pain, changes in color or appearance, and for all genital warts. If you are interested in an evaluation by a board-certified medical dermatologist, schedule an appointment by using our Contact page.